What happens if I violate export controls in the USA? (January – December 2020) >>

The US Department of Commerce’s Bureau of Industry and Security (BIS) has imposed a US$31.43m fine on Singapore-based Nordic Maritime and its chairman, Morten Innhaug, over the company’s use of US-origin subsea survey equipment in Iranian territorial waters. In July 2011, Reflect Geophysical obtained a license from BIS to re-export subsea survey equipment controlled on national security and anti-terrorism grounds. The equipment was loaded onto the Orient Explorer, a vessel owned by DMNG, a Russian state-owned company. In March 2012, Reflect lost control of the equipment aboard the vessel in Singapore due to DMNG exercising a lien over the controlled surveying equipment as a result of a contractual dispute. Nordic subsequently gained control of the equipment by chartering the Orient Explorer from DMNG. In April 2012, Reflect sent a cease and desist letter to DMNG, Nordic, and Innhaug cautioning the parties that the use of Reflect’s equipment in Iranian waters would violate the terms of the BIS issued re-export license. Despite the warning by Reflect, BIS said Nordic used the controlled equipment to perform a 3D offshore seismic survey in the Forouz B natural gas field in Iranian territorial waters. The survey was conducted pursuant to a contract that Nordic had with Mapna International FZE, a subsidiary of Mapna Group, also known as the Iran Power Plant Management Company. Further details on this case are to be found at: https://www.bis.doc.gov/index.php/documents/about-bis/newsroom/press-releases/2596-nordic-maritime-press-release-final-08-24-20/file

Pledge Times: “Defense Trade: Europe Desires to Emancipate Itself from the United States”

Weight? Reliability? Price? These are the usual criteria when the Bundeswehr starts the tender for a device. In three years, the soldiers are said to have new assault rifles in their hands. There is another condition with a key role for the successor of the G36. The chief buyers of the German military are additionally demanding: The components of the new weapon “may not be subject to ITAR regulations”.

The wording hides the instruction that no US components or armament technology may be in the product. The abbreviation ITAR stands for “International Traffic in Arms Regulations” – and for one of the most comprehensive export regulations in the USA.  The authorities secure the possibility of control and export restrictions via ITAR regulations. Even if the product and components are not manufactured in the USA, they want to have a say where the products are going, and even who can work on them. After all, it’s about their armament technology.

But now there is resistance in Europe. Events such as the withdrawal of thousands of soldiers from Germany just announced by US President Donald Trump are prompting many local soldiers to demand that Europeans do more for their own security and become more independent.

“ITAR free” is the goal.  For a long time now, it’s not just about assault rifles, drones or, as in a recent call for tenders, electronic ammunition detonators for howitzer tanks. The “ITAR free” goal is now considered a sign of self-confidence, self-determination and the search for sovereignty in Europe’s armaments industry and politics.

Even one of the largest European armaments projects, the Future Combat Air System (FCAS) with a new fighter jet as the centerpiece, should manage with as little or as little US technology as possible. A few days ago, Michael Schreyögg, board member of the German engine manufacturer MTU Aero Engines, said that “ITAR free” was definitely the goal for the engine of the so-called superjet, which should be ready for use in 2040.  This is to ensure exportability. Airbus armaments chief Dirk Hoke also sees “ITAR free” efforts as an industrial policy aspect. “To be a real reliable partner for NATO and the Americans in transatlantic alliances, we have to develop and develop our own capabilities in Europe.”

So it is no wonder that Europe’s arms managers are always happy to listen when President Emmanuel Macron talks about the “strategic autonomy” of France and the European Union.  … When the leading French engine manufacturer Safran recently presented a technical cooperation with the German transmission specialist ZF Friedrichshafen for a large propeller engine, the slogan “ITAR free” was emblazoned on a presentation slide. It was emphasized several times that it was a “100 percent European solution”. Everything stays in Europe, the patents, the supplies. The sure sovereignty, especially since the engine could be installed in the large military drone “Euro drone”.

“One of the advantages of 100 percent European products is that the data from operations remains in Europe and does not end up in the hands of non-European countries,” says the sales manager of the saffron helicopter division Florent Chauvancy. Then it becomes clear: “With ‘ITAR free’ and without the requirements of other American regulatory systems, Europe gets more freedom to whom defense products are delivered.”  …

Of course, there is also a business calculation behind the statements. The new saffron helicopter engine is in the Euro drone competition with a drive from the US company General Electric. It is not purely European. Saffron therefore relies on the “ITAR free” joker.

However, Europe’s arms emancipation is still at the very beginning. So far, it has been impossible to do without US technology in some areas. The Bundeswehr is currently in the process of selecting a new heavy transport helicopter. There are only two US products to choose from here – either from Boeing or Lockheed Martin / Sikorsky. Europe has nothing to offer in the large helicopter class. The situation is similar with larger missiles for air defense systems.

The rules even have an impact on the staff.  The Munich lawyer Matthias Creydt, who works as a consultant for the defense industry, also calls for a realistic assessment of the extent to which US defense technology can be dispensed with. In addition, the ITAR list, which had been blown up in the Cold War, had already been defused by the USA a few years ago with an export control reform.  There used to be tens of thousands more items on it, even the smallest parts of a few grams or about glue. If it was used in European products, the USA had a say in where these products could be delivered or taken.

Industry specialist Creydt admits that the US arms export control regulations are still very complex. They go so far that even former citizenships of people can play a role in who can work on the products with US defense technology components or know-how at all.

America’s ITAR regulations even influence the personnel policy of European defense and space groups. Even with later German citizenship, an Iranian has practically poor chances of working on an armaments project using US technology. Ironically, this also applies to the same extent to US citizens who work outside the United States. For their work in projects related to armaments or missiles, these require regular approval from the US authority.

At the Federal Armed Forces Procurement Agency, the so far only isolated tenders with ITAR-free conditions are not officially declared politically. Here we talk more of practical considerations. Due to the regulations, there are reporting obligations to the US government and various approval requirements, it says. “This restricts the use of a product considerably and requires complex configuration management”, is communicated on request. “In this respect, the ITAR-free requirement is associated with both time and cost savings.”

JD Supra: “DOJ and OFAC Settle with UAE Company for $665,112 for Violations of North Korea Sanctions”

The Justice Department and OFAC announced a settlement with Essentra FZE Company Limited (“Essentra FZE”), a cigarette filter and tear tape manufacturer, for violation of the North Korea Sanctions Program.  The violations were based on payments for goods that were received by a foreign branch of a U.S. bank.

Essentra FZE, a UAE company, manufactures and sells cigarette filters and tear tape for customers in the Middle East, Africa and elsewhere.  It is a subsidiary of Essentra plc, a UK pubic company, that manufacturers essential components, cigarette filters and packaging materials, with operations in 33 countries.  Prior to March 2019, Essentra FZE was owned by a joint venture between Essentra plc and a foreign-based tobacco company.

DOJ entered into a three-year deferred prosecution agreement in exchange for the payment of a $655,112 payment.  OFAC entered into a settlement for $665,112, and stated that Essentra FZE’s payment to DOJ would satisfy its obligation to OFAC.  Essentra FZE did not voluntarily disclose the conduct.

Essentra FZE exported cigarette filters to the Democratic People’s Republic of Korea (“DPRK”) through a network of front companies in China and other countries and received payments for shipments of these goods in its bank accounts at a foreign branch of a U.S. bank.

The scheme occurred over roughly a one-year period starting in 2018, when a senior manager from Essentra FZE and an employee were introduced to a DPRK national at a business meeting arranged by the regional director of a foreign tobacco company.  The DPRK national asked if Essentra FZE could manufacture cigarette filter rods to export to the DPRK.

Subsequently, the Essentra FZE employee exchanged messages with the DPRK national who instructed, “[D]on’t mention that customer is in my country… You just mention China or where else. Contract will be signed by other foreign company.” The DPRK national asked Essentra FZE to avoid identifying the DPRK several times. …

OFAC agreed to a discount to $665,112 based on the following aggravating and mitigating factors:

Further information is to be found at: https://www.justice.gov/usao-nh/pr/tennessee-man-pleads-guilty-smuggling-goods-united-states-iran 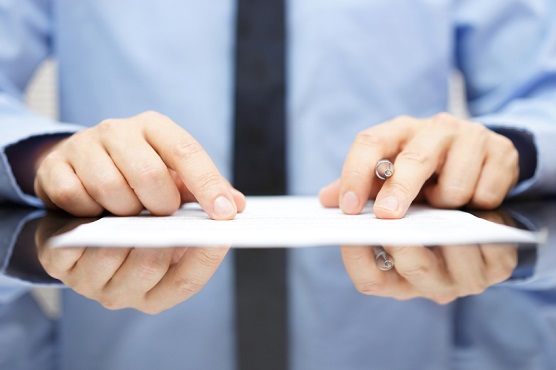